Faircoin is a free cryptocurrency. As such, it circulates and is used without restrictions of any kind by various collectives and communities of an environmentalist and activist nature, although not exclusively given that anyone can use it like any other cryptocurrency.

Faircoop rescued Faircoin (FAIR) from oblivion about 5 years ago and assumed it as the basis of his strategy to create a fairer economy and empower people and ethical communities against the empire of capital. The main idea was to create a community based on ethical and environmental values that extracted resources from the capitalist sphere to move towards a post-capitalist era based on cooperation and mutual support.

The opportunity to make that great leap resides in the finite characteristics of Faircoin (limited units, 53 million of FAIR circulating) that make it a deflationary currency with the capacity to gain value as the community grows, uses and increases the demand for FAIR. To understand this we must realize that this increase in value will always be in relation to other currencies, particularly those issued by the States (Fiat, centralized currencies) of an inflationary nature. This value is determined in the speculative markets in which cryptocurrencies and currencies (Fiat) are bought and sold.

Uniting all the above concepts, we have:

FAIRCOIN AS A CURRENCY FOR EVERYDAY USE

At the same time that FAIR serves as a reserve of value and means to extract monetary resources from the speculative markets, FAIR has been endowed with a stable value, agreed by the community (Faircoop) so that it can be used as currency within the community with a growing supply of products and services.

Given the above, we see that Faircoin has a double value:

If we are aware of the real context, the FAIR economy is still small. People also need Euros to cover all their needs. So an avalanche of shoppers eager to spend their cheap FAIR will be devastating. Even more so because Faircoop promised to change the FAIR obtained from sales or legitimate payments to Euros when necessary. A promise difficult to sustain if the situation of low value in markets is prolonged and that, therefore, will end up causing people to limit the amount of FAIR they accept or, directly, stop accepting FAIR. Except, of course, that they can afford to accumulate them without changing to Euros to wait for the cycle to change.

If you have read all the above, you will immediately perceive that we are facing a fascinating challenge. And, of course, in a free-thinking community they will be imagining and developing many ideas to continue advancing in this great project. And here comes the great explosion of creativity. The FAIRCOIN FEDIVERSE is born.

We are in unexplored territory, terra incognita. But human beings have the ability to analyze experiences and modify them with new and ingenious solutions. Before us, there are many paths that are worth exploring. Let's see some of the solutions that are being proposed:

All these ideas are creating a universe rich in possibilities for Faircoin: more communities, more opportunities, more ways to understand and use Faircoin. In Komun we are glad that this supernova has exploded because it will undoubtedly give rise to an extraordinary cosmos, one and diverse. Komun respects and supports the various developments around Faircoin as long as they do not involve any economic setback to the community with abstract roadmaps, opaque accounts and endless lines of work or lacking specific objectives. Particularly we have focused on providing our collaboration to the FairChange project because it represents a net gain in transparency as well as a solution to manage liquidity at a cost close to zero and that can be applied immediately. This does not exclude that we are also supporting other alternatives. We are really open to collaborate with other complementary solutions that seem coherent and meaningful to us, in the same way that we are collaborating with other cryptocurrencies, social currencies, projects and networks. Because the future will be fediverse or it will not be :-) 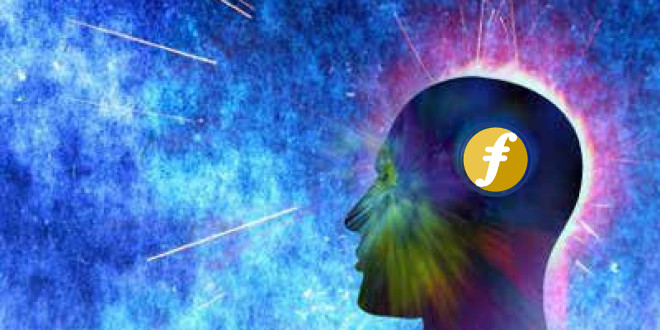 Exciting times are coming. Do not stop living them!.