This brief economic survival introduction marks the fundamental lines for the economic sovereignty of individuals and groups.

Why do I need this manual? Simply so that your life does not depend totally on the macroeconomic whims dictated by multinationals and states that exert a tight control over microeconomies.

But the State will always protect me, is not it? You vote to give them carte blanche to handle the common money they demand in the form of taxes. But we do not learn the lesson: in case of problems, they will always save their voted skins first and the capitals of those interests they serve (and no, they are not yours or mine). The countries are due to their creditors before the ordinary people who are mere pawns in their plans of appropriation of the resources. Do you plan to collect a pension after so many years of hard work? You are free to believe what you want but it is smart to have a plan B.

Is an even bigger crisis possible? After the false sense of security that comes from living in a "developed" country, famines and misery sound a little distant to us, despite being something common for millions of people in this world. And, of course, you suppose that we will never reach these extremes here. We have little historical memory but our period of life is too short to be wasted, trusting that a fickle entity such as a State will ensure that in all circumstances we live happily protected from adversity.

We are not going to do political fiction. It is not necessary. Observe the world around you and you will see that we live continuously to the limit and this is nothing new. Now we have, for example, two big countries (USA and China) threatening one another. And the umpteenth oil crisis, that very limited resource that the US still wants to ensure control of either in Venezuela or in Iraq. In between we are the people. Millions of people whose lives will be affected in one way or another by any macroeconomic and military movement.

Let's stop with nonsense. That our lives are totally dependent on the madness of a powerful elite and its court of states is not the most intelligent plan.

We urgently need to be aware of our chances of survival and take action on the matter right now.

We need to weave solidarity networks of cooperation, mutual aid and circular economy independent of the States, their networks of economic control and the chains of their money. 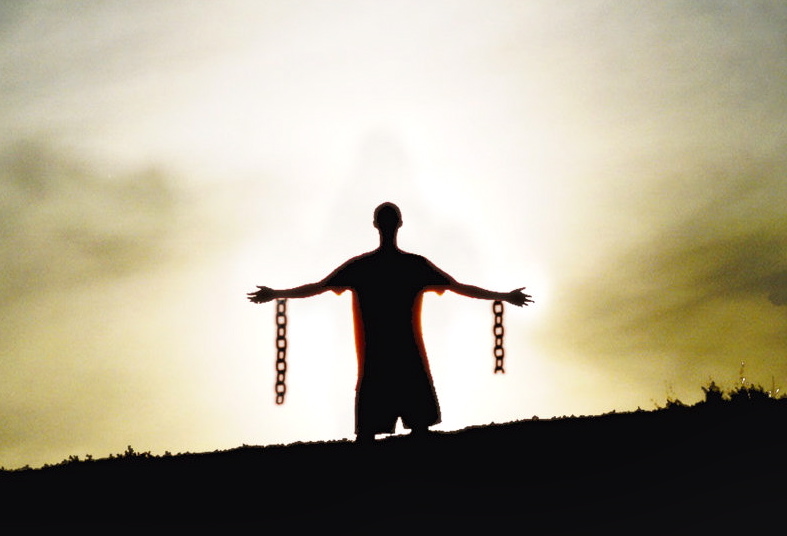 1) Join a group of conscious consumption, of prosumers, of people who exchange and contribute. Avoid, as much as you can, the multinationals and commercial macrodistributors. Power the local economy. Exchange. Recycle. Be aware of your basic needs and do not fall into the trap of consumerism.

2) Seriously propose to have some land. Maybe now you do not think about growing your own food but I suggest you, at least, go practicing.

4) Keep at least part of your savings in currencies not controlled by states.

Let's focus on this last point because maybe it's the one you do not see so clear.

If you have all your savings in a bank, you're screwed. You do not control that money. In case of crisis, the government can restrict access, block or confiscate it. Money in the bank, it's not your money.

There are two types of money that they can not control: social currencies and cryptocurrencies.

Social currencies are local currencies, used by different communities. Explore the possibilities in your area. With a social currency you empower the local economy and you can always establish economic relations with the community that uses that currency, even in case of economic crises.

Cryptocurrencies are a new world. The first time in history that the iron control of the States over money has been broken was the appearance of Bitcoin. This is a free cryptocurrency. Its value fluctuates according to supply and demand but if you have Bitcoin, they are yours and no one else's. Bitcoin is used primarily as a kind of store of value. It's finite money, there will only be 21 million units in circulation. It is quite probable that its value increases with time. If you can save part of your savings in Bitcoin or another well-established cryptocurrency, you will have a more secure value than a pension plan.

Okay, this is not the speech that the director of the bank will throw at you. But think about it: a pension plan is money that you give the bank to speculate with. A pension plan is a very unsafe investment. It depends on investments of which you have no idea. You will be surprised to learn that [a very high percentage of pension plans lose money](https://www.bolsamania.com/noticias/planes-pensiones/80-grandes-planes-pensiones-sufre-perdidas-ultimo-ano-- 3548029.html). Ups, that's not what the brochure said.

Do not be part of that shit unless you care little that your money serves to speculate with food, weapons and a thousand forms of exploitation that you would not like to know and, in fact, you will never know.

Having a part of your savings in cryptocurrencies is easier than you think. Simply install a wallet (for example the one of Coinomi that allows you to have a wide variety of cryptos under your absolute control). It is enough that you have the simple ability to safely store a few words that are the cryptographic seed of that wallet.

Changing some dollars or euros for cryptocurrencies is extremely easy. Simply avoid doing it in Exchanges that require identification because then your government may end up wanting a share of the pie. If you need guidance you can contact the people we do Komun through Telegram: komun_es (Spanish) komun_en (English) or komun_eo (Esperanto).

Any capital that you can save on any of these cryptocurrencies will be a well-saved money that you can make use of even if a large part of the world collapses around you. Just be that part that you can afford to save. And stop trusting the director of your bank, or you will end up investing in the next scam.

With these 4 points you will begin to experience your own economic sovereignty.

❤️ Your contribution is important for Komun to continue working offering information and free tools. Participate helping to sustain the hardware.