Last November 5th (remember, remember ...) we launched the public beta of KOLABORA. Then it was a proof of concept to present a new crowdfunding platform and donations to interesting, activist, combative, useful and productive projects.

Announcement of the public beta of Kolabora in November 2018

Kolabora is the first platform to support projects with fiat money and cryptocurrencies that also uses, in a very special manner, FairCoin, making this fair cryptocurrency visible and contributing to its distribution among communities and people who use it.

Kolabora allows those who have Faircoin to use them to reward donations to their projects. It is, in fact, a cooperative way of changing them to fiat currency at the price consensuated by the community, which Komun supports and promotes.

After 5 months of testing, logistical development and hard work of programming today we announce that Kolabora is fully operational with several campaigns in progress. We just wanted to announce it today, April 17, [international day of the peasant struggle] (https://viacampesina.org/en/international-day-of-peasant-struggles-2019-peasants-rights-now-with-agrarian-reform-and-social-justice-%EF%BB%BF/) and the native seeds. On April 17, 1996, in the Amazon state of Pará, the military police of Brazil massacred organized peasants of the MST (Movement of rural workers without land). There is no project or work more authentically productive than that of the peasants and, that is why, no policy, company or State should ever be above the peasant rights and the land itself. From Kolabora we would like to contribute, very especially, to the autonomy of many projects based on land, seeds and peasant work because we understand that these are projects that will truly contribute to changing the world. 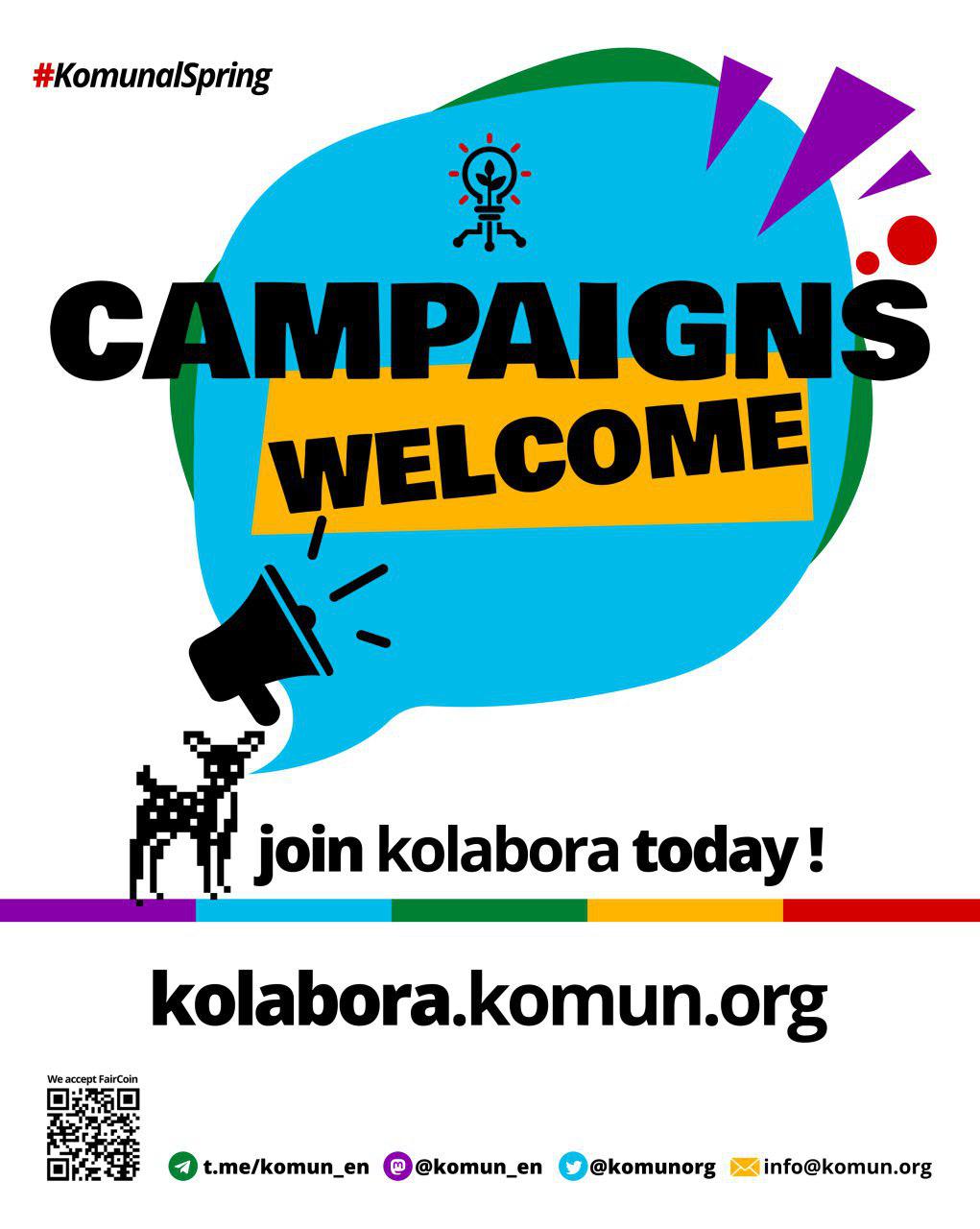 These are some of the novelties:

The source code will also be released once the platform is fully mature and we have implemented all the fundamental characteristics.

This is not Bambi because we are very serious. If we want to change the world, we now have the opportunity that our desires are not just words. It is enough to make our money become the means for that change. Choose the projects you want to support and be part of them!

The magic of cooperation and mutual support is called Kolabora.